The present school is a modern building originally built in the late sixties on the site of the old Melview,which has been in use since 1854.The new building had two classrooms and catered for about fifty pupils.As urban Longford extended outwards the enrolment numbers grew significantly and the prefabs which catered for additional pupils were eventually replaced by an extra three classrooms and a general purpose room. The staff and children never enjoyed the use of the G.P. room, as it had been intended, since it was immediately needed as a classroom and soon to be partitioned to provide two classrooms. When it became necessary to appoint a seventh assistant the only accommodation available was a makeshift classroom in what was a corridor in the original school.

There has been no significant fluctuation in the enrolment figures over the past ten years and this trend will continue for the foreseeable future. Plans for an extra classroom were drawn up by Liam Madden, architect, and submitted to the Department of Education. Despite much correspondence between the Department and the B.O.M. and many visits to Dept. officials and to the Minister of Education grant aid was refused.As a result, in March of 1996 the Board of Management decided to reconstruct an area of the existing building, which made available an extra classroom and solved the problem to the satisfaction of staff, parents and the Board of Management.

Although the school has a rural setting there has always been in attendance a fairly significant number of children from the immediate urban area of Longford. This tradition goes back generations in time. This gives the school an ethos which is both urban and rural. The parents of the children come from many walks of life. We, the staff, deeply appreciate the support of all the parents, which is always forthcoming.

Our new extension was officially opened on 16th December 2011. The new extension consists of four new classrooms and a refurbished fifth room. We also now have a General Purpose room. This room was in fact used as a classroom in the year 2012 / 2013, our ninth classroom was completed In September 2014In 2012 we had a huge intake of Junior Infants and for the first time we had two Junior Infant classrooms.

At present we have a Principal, nine class teachers, four support teachers, two special needs assistants and a secretary on staff in Melview. 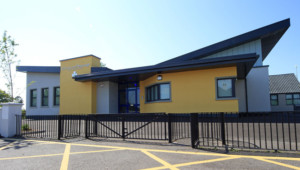 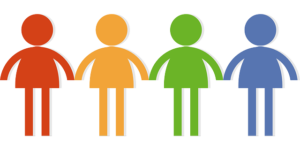